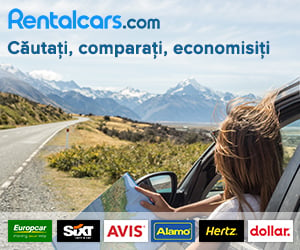 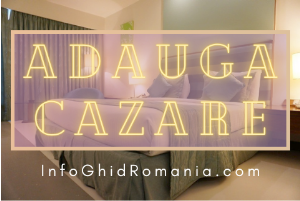 Herastrau Park - is located on the shores of Lake Herastrau and stretches an area of 77 hectares, with motor boats and hydro, is used for recreation, navigation and water sports. Herastrau Park was arranged during the years 1936-1939 and contains a rich vegetation, poplar, ash, lime and maple, and statues of characters highlights of national and universal culture, restaurants, beach and terraces, which is one of main points of the entertainment capital of Bucharest;

Cismigiu Park - the oldest and elegant park in Bucharest, which lies on an area of 17 hectares, located in downtown Bucharest. Arrange the park began under the guidance Viennese architect F. Meyer and includes  Writers Round and Roman Round, in the northern part of the park is a beautiful garden of roses, a French garden in the west and three lakes of which most have an island and a landing, where you can rent boats for rides on the lake.

Youth Park - is located in the south-east of Bucharest, and it's main attraction Child's Town has Roundabouts and many other places specially arranged for children and not only, as well as restaurants, terraces, disco. Here there are Polyvalent Hall, where they held several shows and such as sports. Youth Park May has an pond equipped with landing, where you can rent boats and hydro. Access to the park can be made from the subway or the Youth station Constantin Brancoveanu;

Carol Park - located at the foot of Hill Filaret, the park was founded at the beginning of the twentieth century an area of 36 hectares, this is "Well Zodiac", grota artificial historical ruins, where Arenas has Roman-held numerous performances and a lake with an area of about 2 hectares, equipped with landing;
Botanical Garden - one of the main attractions of the capital which lies on an area of 17 hectares, where you can admire ornamental plants, indigenous plants, Japanese cherry, magnolia, single plants in Romania and Mediterranean flora, and the Italian garden , In Dobrogea area, greenhouse, miniature Carpathians and the Rosary with more than 200 types of roses;

Straulesti Lake - is located in the north-west of Bucharest and stretches an area of 33 hectares, having arranged a beach, wharf, restaurant and sports;
Balta Alba Lake - located in the park that stretches Titan on 26 hectares, is the main destination agreement, which is equipped with landing, vapors and boats;

Lake and Forest Snagov - is located at 40 km. north of Bucharest is one of the main points of attraction for the inhabitants of the capital but not only. Snagov Lake stretches a length of 18 km and has a depth of about 10 meters, may be the practice of various water sports, recreational rides and fishing here is the different species of fish that Stiuca, perch, carp, Guvid of fresh water etc.. Forest Snagov is arranged like a huge park equipped with beaches, restaurants, the park was declared a natural reserve;

Baneasa forest - is situated in the north, 10 km from the capital Bucharest, the destination is the frequency of weekend residents of Bucharest, where the famous zoo in Baneasa which has several hundred copies of animals;

Lake and Forest Caldarusani - is a tourist area located 45 km from Bucharest visited in particular the passionate fishing and hunting in the forest Caldarusani are pheasants and rabbits, and part of it forms a natural forest reserve composed of oak, and poplar;
Lake and Forest Cernica - the lake stretches an area of 310 hectares which are arranged on the right bank with a beach cabins, wharf, restaurant, sports, surgery, and Cernica Forest is a place for hunters looking for athletes;

Mogosoaia Lake - located 15 km from Bucharest, lies on an area of 66 hectares and are arranged on the left side a beach.

Water Park Otopeni - the largest water park in Romania, located near Confort Rin Otopeni Hotel Complex, Water Park Otopeni is the only amusement park of its kind near Bucharest, which has lounge chairs 4000, 9 pools, about 30 slides, including Twister slide 90 meters long. No shortage of fast-food outlets, bars and terraces, electronic games room, dj every day, and last but not least many contests, events and stand-up comedy performances.
Înapoi la cuprins